What Is The Best And Cheapest Time To Visit Panama for a Vacation?​ 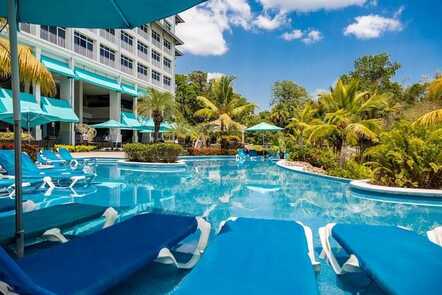 Many people know about the Panama Canal, but the supreme
beauty of the nation is still under-reported, even among people
who are fond of traveling. Panama is a beautiful vacation
destination, with a great lifestyle, a relaxed attitude, and distinct natural zones. In case you want to visit Panama, you will need
to find out the best time to visit Panama. Panama has great
weather all year round. That doesn’t mean there is no optimal
​time for visiting. To find out the best and cheapest time to visit Panama, read on!

During the dry season, very little rainfall occurs. On the other hand, in the wet season, rainfall occurs almost daily, although that doesn’t last for a long time.

November is the most avoidable month since it gets the most continuous rainfall. Don’t visit Panama in November if you want to avoid the most constant rainfall.

However, the rainy season is often beneficial as well, as it gives a break in the scorching heat during the regular shower and everything becomes lush green, contrary to amid the dry season when usually this greenery turns a little brown due to insufficient rainfall.

When Do Maximum Tourists Gather?

Between December and April, i.e. during the dry season, maximum tourists gather in Panama. This is more regarding snowbirds in Europe and America departing their wintry homelands than it’s regarding the insufficiency of rain of Panama.

The Cheapest Time to Visit Panama

In case you have a tight budget to make the tour, the wet season is ideal. During this time period, both availability and prices are best.

The Caribbean side of Panama showers a twist into the weather schedule of the dry and wet season. Seaside towns like San Blas, Bocas del Toro and Colon have some exclusive weather patterns with infrequent rainfall throughout the year. Places like el Valle de Anton, Chiriqui, and Boquete nestled in Panama’s highlands go under the similar dry and wet seasons, but they also experience messy rainstorms all the dry season around, same as the Caribbean towns, but not as regular.

Why Should You Avoid Visiting Panama In November?

It’s already mentioned that Panama is a destination that can be visited throughout the year. Henceforth any time of the year is great to visit the country except November. Apart from the constant rainfall, the month is not at all favorable for traveling as the month is full of national holidays. Thereby locals book the hotels and a lot of Panamanian businesses that are generally open and take holidays on their own. To get the best traveling experience in Panama, visit the country at any time of the year except in November.