Weather in Panama: Finding the Best Time to Visit the Nation 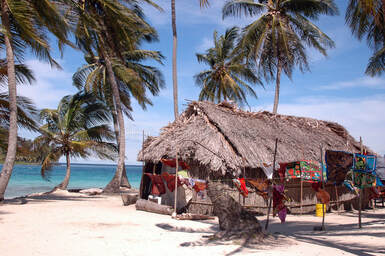 On the border of Costa Rica and Colombia, the beautiful Central American country of Panama has some authentic coffee farms, bright blue seas, and amazingly gorgeous rainforests in the globe. It has a tropical climate, i.e. 2 seasons – dry and rainy - albeit the weather in Panama is ideal to visit all year round.

Home to the popular Panama Canal in the nation’s enchanting capital Panama City, the country features 2 picturesque coastlines – the calm chilled out waters of the Caribbean Sea and the wild waves of the monster Pacific Ocean. In spite of being a smaller country, Panama has several microclimates and relying on where you are in the nation, the weather in Panama can improve your tour.

Only 8 degrees beyond the equator, the weather in Panama is mainly humid and hot. The nation’s several forests; plants, grasslands, and woodland are supported by its tropical climate. Although the country is still 40% of woodland, deforestation is a constant threat to the rain-soaked woodlands. Temperatures on the Pacific side of Panama are generally lower than those on the Caribbean side, where a charming chilled breeze sometimes makes the weather cool. The weather in higher parts of Panama is usually cooler and western Panama has in fact seen frost as well.

The dry season in Panama, starting in December and lasting until mid-March, doesn’t significantly mean No Rainfall. Basically, it means some rainfall but mainly dry. This season is the ideal time for traveling to Panama. This is the time of the year when snowbird Europeans and Americans look for escaping to the warm climate and Panama’s other robust wildlife wander in the basic habitat amid this time.

In the Green Season or Wet Season, Panama mainly experiences rainfall and this is also a perfect time to visit the nation. Not just is the rainforest an amazingly green this time due to high rainfall but also the rain doesn’t last for over an hour and evaporates fast, as if it had never happened at all.

In Panama’s Caribbean region, two seasons don’t actually apply every time and you can anticipate ample rainfall all year round. Panama’s highlands like el Valle de Anton, Chiriqui, and Boquete also get much amount of rain in the dry season.

In Panama, unlike the rest of Central America, hurricanes are not a worry, in spite of the proximity of the nation to the hurricane belt. Except only one hurricane named Martha in 1969, Panama has never experienced another extreme weather.

Check Panama’s seasons to find when you can do some activities in the nation. To go white-water rafting, between May and December is the best time to travel. Travel to Panama in the dry season between December and April if you are fond of snorkel or scuba. The months of December and March are perfect for surfing on the Caribbean side and the Pacific side.